MANY WAYS TO DONATE SCROLL DOWN!

JUST US THE BELOW LINK my handle is $Catlin77 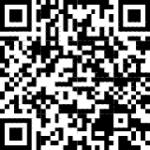 SCAN THE QR CODE TO DONATE

DONATION LINK FOR ANY CARD

FOR THE ADDRESS TO MAIL PACKAGES AS UPS etc. consistently mess them up! Also it helps

knowing whom sent it as that is what they require if we track it!

Any normal postage mail etc please mail to the below

His search for truth dares him to explore unexplained phenomena, the occult, and UFO s. Pastor Dan has many times battled real demonic fallen angels and has exposed destructive cult leaders.
Messiah’s Branch has a Mission Church since June 2000, which helps the homeless and poor in Wichita, Kansas. This mean’s KJV Large Print Bibles, First aid, food, clothing, all they things you would need they need so they try to provide these things to the poor.

His greatest love is that of YESHUA and His FATHER, closely followed by his love for family, and love of
country. He believes in the Hebrew Roots of his Faith, which he simply calls, Bible.

After being called by HIS FATHER and ordered by
the same out of the corporation churches, Messiah’s Branch came forth, really a home church with a building he often jokes. The name Pastor Dan is the name he goes by, everyone knows him by, but he is an ordained minister, but all that really matters is he is called by HIS FATHER . Nothing could get done without his wife he has been with since 1985, she truly is his other half and deserves as much credit for everything as Pastor Dan