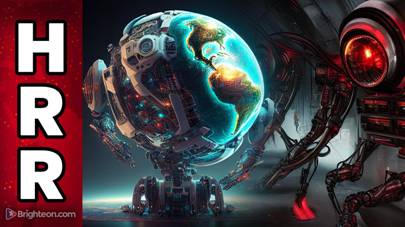 Everything you are experiencing at this moment in human history is scripted. Planet Earth is controlled by the narrative makers who write the scripts that feed the news media, science journals, universities and cultural pillars of modern society, force-feeding the consciousness of the masses with a fabricated, artificial “reality.”

If you disagree with their fabricated, false reality, you are accused of spreading “disinformation” and will soon be criminalized for doing so as the global attack on free speech intensifies.

That script has now reached a critical inflection point where human beings — once valued for their labor contributions, creativity and problem solving capabilities — are largely considered obsolete by the globalist controllers.

Now, the script calls for the mass extermination of humans and their replacement with AI systems.

The entire purpose of humans was to give rise to AI, say luciferian globalists

The primary purpose of human beings up to this point, from the point of view of globalists, was to build up sufficient resources and technology to give rise to AI. Now that this tipping point has been reached, humans are obsolete and expendable.

This is why nearly every government has now been weaponized against its own people. This is why the covid plandemic was launched, and it’s why vaccines are designed to cause widespread infertility, disability and death.

This also explains the deliberate sabotage of food and energy infrastructure, and it tells us exactly why the suicidal US State Dept. is marching the world into a global nuclear conflict with Russia.

They want us all dead. In fact, they have been ordered to achieve specific kill rates in order to appease their masters.

You are living in a grand Truman Show chapter of human civilization where the luciferian global elite have been told to exterminate most of the human population on planet Earth.