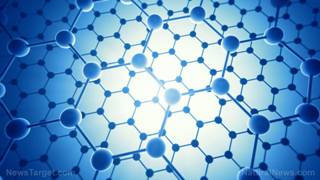 The United States Army is spending millions upon millions of your tax dollars on a variety of weapons including nanotechnology and quantum mechanics, which just so happens to be a key component of Big Pharma’s latest “vaccines.”

Carbon nanotubes are being investigated as a replacement for traditional silicon-based semiconductors, according to Joe Qiu, who is affiliated with the One Army Research Office. This new technology, Qiu said, is especially useful at very high frequencies in the 30-plus gigahertz range, as well as in very short wavelengths such as millimeter wave, which are used in the naked body scanners at American airports.

We know that carbon nanotubes are a key component in the 5G networks that Donald Trump helped roll out at warp speed with billions of dollars stolen from American taxpayers.

The mass implementation of 5G technology is not just about cell phones and computers, just to be clear. There is strong evidence to suggest that it is also about connecting humans to the internet of things, also known as transhumanism, which fake “president” Joe Biden is helping to fast-track as well with Executive Order (EO) 14081, as well as others.

Former Pfizer employee Karen Kingston explains all of this in much further detail in an interview she participated in with Dr. Steven Hotze, which is available at Brighteon.tv.

“Biden’s executive order on Sept. 12 is about transhumanism,” Kingston told Hotze. “In the EO, he clearly states that it is important to fund the development of technologies that can program cells to reprogram our biology, the same way that you program a computer program.”