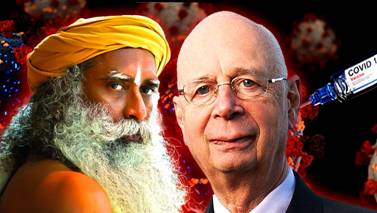 Klaus Schwab’s right hand man Yuval Noah Harari, who has a history of saying the quiet part out loud, and last week he admitted what many people have long suspected.

According to Harari, who was promoting his new book, the big political question of the 21st century is “What do we need so many humans for?”

And it’s not even the first time Yuval Noah Harari has let slip regarding their plans for humanity. He recently declared that the WEF considers the vast majority of the human population to be obsolete, useless and redundant.

According to Harari, so-called “common people” are right to be fearful of a future in which they will be made “redundant”.

The WEF advisor assessed the widespread anxiety among “common people” as being rooted in a fear of being “left behind” in a future run by “smart people.”

Such fears are justified, according to Harari, who spoke on behalf of the elites and confirmed “We just don’t need the vast majority of you.”

Harari’s comments are deeply disturbing because when they are placed in context with comments by other WEF advisors and affiliates like Bill Gates, it becomes clear that they have disablement and depopulation on their mind.

And the UN is working hand in glove with the WEF. Here is Christiana Figueres letting the cat out of the bag about the plans of the elite.

Alan Gregg, an official for the Rockefeller Foundation, said the world has cancer and the cancer is man. Prince Phillip, Queen Elizabeth’s husband, said if he could be reincarnated he would wish to return to earth as a killer virus to lower human population levels. A nice guy, that Phillip.

Jacques Cousteau said we need to eliminate 350,000 people a day. Media mogul Ted Turner said we need a 95% decline in population. Okay, Ted, you first. These guys for the New World Order want to reduce the population of the world from it’s present 7 billion to a half billion.