Russia’s recent “partial mobilization” will call up 300,000 military reservists who, over the next few months, will be trained and put into service in the ongoing conflict with Ukraine. It is now well known — although western nations continue to deny the obvious — that Ukraine’s military offensives are being run by NATO troops, using NATO satellites, training and gear. In essence, Russia is already fighting NATO in a continental war, and Russia realizes that western nations will not be satisfied with anything less than the complete obliteration of Russia as a sovereign nation. 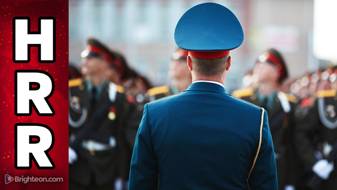 Four Donbass region republics are reportedly voting on a referendum to officially become part of Russia. Ukraine’s government is threatening up to five year prison sentences for anyone who even votes in these elections, proving that Ukraine has zero interest in democracy or self-determination of the people. Nevertheless, these votes are taking place, and it’s highly likely that these republics will join Russia, making them part of Russian territory.

Once that is established, Russia will consider that any attack against those newly-joined regions (which were of course once part of the Soviet Union, and where most of the people are ethnic Russians who speak Russian and who actually want to join Russia) is an attack on Russia itself. Such attacks could trigger defensive responses from Russia, and those defensive responses may include every type of weapon available to Russia’s national defense, including nuclear weapons, Putin recently reminded the world.