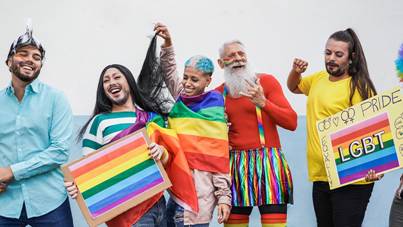 The California legislature just passed new legislation to turn the Golden State into a massive sanctuary zone for the transgender body-butchering of children.

Senate Bill 107 was overwhelmingly passed in a 30-9 vote along party lines in the wake of a federal ruling on August 26 that struck down a Biden regime mandate aimed at forcing American doctors to perform gender mutilation procedures on children who demand to become LGBTs.

With that mandate now gone, some states are passing their own protective legislation to outlaw LGBT indoctrination events such as “Drag Queen Story Hour” at public libraries and “family-friendly” drag strip shows at restaurants and bars.

California, meanwhile, is moving in the opposite direction (Related: Alabama is one of the states that recently banned transgender grooming, and California is now trying to cater to “refugees” from that state and others like it).

SB 107, we are told, will make California a giant “safe space” for transgender youth and their parents from other states to find refuge.

THE MESSAGE FOR AMERICA IS IT ANY WONDER? https://www.handofhelp.com/vision_1.php