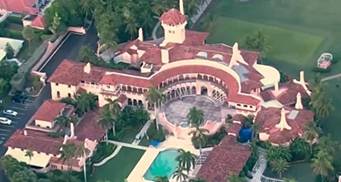 U.S. District Judge from the Southern District of Florida Judge Aileen M. Cannon on Monday granted former President Donald Trump’s request for the appointment of a special master to review the documents seized by the FBI during a raid on his Mar-a-Lago home on Aug. 8.

Cannon’s order and several other revelations over the past few days further call into question the Department of Justice’s rationale for ordering the FBI raid on Mar-a-Lago.

According to the newly released and heavily redacted affidavit, the DOJ justified the raid in order to recover “classified” information. The DOJ told the warrant-issuing judge, “The government is conducting a criminal investigation concerning the improper removal and storage of classified information in unauthorized spaces, as well as unlawful concealment or removal of government records.”

Adam Mill, an attorney specializing in labor and employment and public administration law, noted in an Aug. 29 analysis for American Greatness: “The FBI would do well to remember it has no constitutional authority except what it borrows from the elected president.”

Mill cited the Wall Street Journal, which noted that the president’s constitutional authority over classified documents trumps any statute purporting to make his continued possession of these documents illegal.

“All Trump needs to argue is that when he shipped the documents to Mar-a-Lago, he intended to modify the classifications so he could keep them after he left office. Does anyone think he shipped them to Mar-a-Lago without the intention of keeping them? No, of course not,” Mill wrote.