The City of Green Bay has told the judge in an election integrity lawsuit that it will no longer use ballot drop boxes. 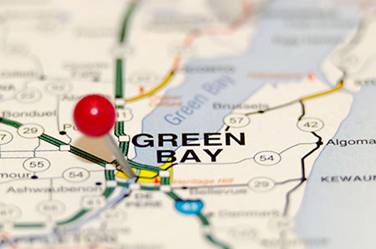 Green Bay “became the fourth Wisconsin city to back down in the face of voter lawsuits over the use of unmanned absentee ballot drop boxes in elections,” the Thomas More Society, which brought the lawsuit on behalf of two Wisconsin voters, said in an Aug. 31 report.

Kenosha, Racine, and Madison have also said they will no long use the ballot drop boxes which were used extensively in the 2020 election and were the subject of accusations of illegal ballot harvesting, which was highlighted in Dinesh D’Souza’s documentary “2000 Mules.”

Green Bay in the 2020 election received $1.6 million in grant funding from the Mark Zuckerberg-funded Center for Tech and Civic Life.

An investigation last year by Wisconsin Spotlight found Democrat Party operative from Brooklyn was given access to boxes of absentee ballots in Wisconsin before the 2020 election. Michael Spitzer-Rubenstein’s role in Green Bay was made possible by the Zuckerberg funds.

Brown County Clerk Sandy Juno said Spitzer-Rubenstein’s contract stipulated that he would have four of the five keys to the KI Center ballroom where ballots were stored and counted.