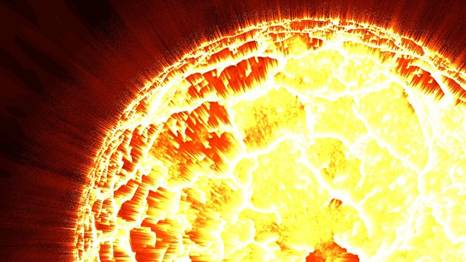 How would you feel if someone pointed a loaded gun at you?  Well, that is essentially what our entire planet is facing at this moment.  An absolutely enormous sunspot is currently pointing directly at Earth, and it has just developed a delta-class magnetic field.  We are being warned that this sunspot has the potential to release an X-class flare, and that would be really bad news, because such flares are often associated with coronal mass ejections.  If a large enough coronal mass ejection came directly toward our planet, we could see another “Carrington Event”.  In such a scenario, our power grids would be fried, trillions of dollars worth of damage would be caused, and society would instantly go completely and utterly haywire.

So let us hope that such a thing does not take place any time soon.

It is being reported that a sunspot known as AR3089 that is pointing right at us has just developed a “delta-class magnetic field”, and that means that it now has the potential to produce X-class flares…

A giant sunspot may be about to erupt, sending out the most powerful form of solar flares growing for days.

Sunspot AR3089, which is facing towards the Earth, has now developed a delta-class magnetic field, meaning that it has built up enough energy that it may release X-class solar flares.

But that doesn’t mean that we will actually see any X-class flares.

At this point, the NOAA is insisting that there is still only a 5 percent chance that this will actually happen…

According to National Oceanic and Atmospheric Administration (NOAA), there is around a five percent chance that the sunspot will release an X-class flare. If it does, the flare may trigger a powerful geomagnetic storm in the Earth’s atmosphere, possibly resulting in damage to infrastructure and electromagnetic communication systems.