Though often targeted for retaliation, rank-and-file FBI agents nationwide are exposing corruption in a bureau that is “out of control,” a report said. 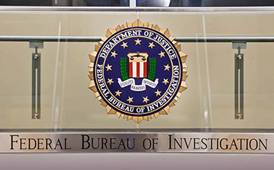 The complaints were turned over to House Judiciary Committee Republicans and likely will be part of a broader examination of conduct at the Department of, one of the whistleblowers’ attorneys told the Washington Times.

The report cited one FBI agent as saying superiors, including FBI Director Christopher Wray, ignored her accusations of sexual harassment. The agent said the bureau suffers from a “mob-like mentality.”

The FBI did not respond to a request for comment.

Among the complaints against higher ups at the field offices:

• Agents were forced or coerced to sign false affidavits.
• Terrorism cases were fabricated to pump up performance statistics.
• A female agent was sexually harassed and stalked.
• Management engaged in sexual acts with a subordinate in a government vehicle and crashed the vehicle.