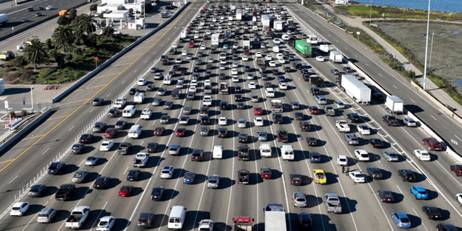 WASHINGTON — California on Thursday is expected to put into effect its sweeping plan to prohibit the sale of new gasoline-powered cars by 2035, a groundbreaking move that could have major effects on the effort to fight climate change and accelerate a global transition toward electric vehicles.

“This is huge,” said Margo Oge, an electric vehicles expert who headed the Environmental Protection Agency’s transportation emissions program under Presidents Bill Clinton, George W. Bush and Barack Obama. “California will now be the only government in the world that mandates zero-emission vehicles. It is unique.”

The rule, issued by the California Air Resources Board, will require that 100 percent of all new cars sold in the state by 2035 be free of the fossil fuel emissions chiefly responsible for warming the planet, up from 12 percent today. It sets interim targets requiring that 35 percent of new passenger vehicles sold in the state by 2026 produce zero emissions. That would climb to 68 percent by 2030.

The restrictions are important because not only is California the largest auto market in the United States, but more than a dozen other states typically follow California’s lead when setting their own auto emissions standards.

“The climate crisis is solvable if we focus on the big, bold steps necessary to stem the tide of carbon pollution,” Gavin Newsom, the governor of California, said in a statement.