Covid vaccines are currently killing an estimated 10,000 people a day worldwide, with total fatalities likely in the 5 – 12 million range. These numbers come from rigorous analysis of mortality data (excess deaths) following the introduction of covid vaccines in early 2021. Because excess deaths are very difficult for governments to hide, these excess deaths are emerging as the smoking gun for overall vaccine deaths.

Steve Kirsch estimates that 1 person is currently dead from vaccines for every 1,000 doses administered. In the United States, roughly 600 million doses have been administered so far (yes, more than one for every person in the country), and that roughly equates to about 600,000 deaths in the USA (and counting).

Worldwide, with over 12 billion doses administered, we have likely seen around 12 million deaths so far.

More conservative estimates put that number at 5 million rather than 12 million, but in either case it’s in the millions globally.

Importantly, we know that post-vaccine deaths are distributed over time. While a few people die in the first 48 hours, many deaths are taking place many months or even a year or two after the vaccine injections. Why is this happening?

Our laboratory tests on vaccine clots may provide meaningful answers. Thanks to the efforts of Dr. Jane Ruby and embalmer Richard Hirschman who were able to get me post-vaccine clot samples for laboratory analysis, we have been able to establish several shocking facts about these clots:

Fact #1) The clots grow larger over time, inside the body’s circulatory system. This means they are self-assembling systems / bio-machinery.

Fact #2) As they grow larger, they accumulate or harvest certain elements from the circulating blood supply. Via ICP-MS laboratory testing, we have conclusively shown that Tin, Aluminum and Sodium are being harvested from the blood and incorporated into the structures of the clots.

Fact #3) As the clots grow, they take up more space in the blood vessels. At first, the live blood simply flows around the clots. But clots may be dislodged during rigorous physical activity such as jogging or playing soccer, or the clots may at some point achieve a 100% blockage of the artery, resulting in a “died suddenly” event.

Importantly, it appears that these clots take many months or even a year or two to grow to sufficient size to fully block blood vessels and arteries.

This means the deaths observed so far are only a fraction of the deaths yet to come.

Many people who took these jabs, in other words, are ticking time bombs of inevitable cardiovascular blockage and death. It’s only a matter of time before the clots grow larger enough to halt blood flow. Once blood flow to the brain is halted, death ensues in a matter of a few minutes.

These are not blood clots, and anti-clotting drugs do nothing to resolve these clots

To our knowledge, there is no known cure to dissolve or remove these clots from the cardiovascular system. We have interviewed physicians who have attempted to treat these clots with powerful anti-clotting medications such as Heparin, and these drugs achieve nothing.

That’s because these clots are not blood clots. They are elastic, rugged biostructures that resemble the strength and texture of rubber bands. I have manipulated these clots on live broadcast streaming via the Alex Jones Show where, under a lab microscope, I demonstrated the shocking strength and resilience of these clot structures. Again, they are not blood clots. They are strong, rubbery-like protein biostructures that absolutely do not belong in the human body. 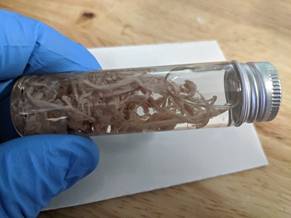 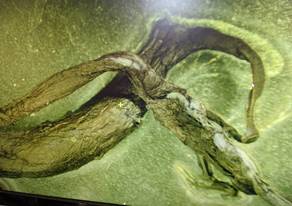 What all this means is that post-vaccine clot deaths are going to continue mounting for years to come as the clots expand in size inside people’s bodies. While 1 in 1000 people may be dead already, there could conceivably by another 9 in 1000 who are going to die from clots as they continue to expand, reaching perhaps 10 in 1000 who ultimately die (or 1 in 100).

In other words, in a world where 12 billion vaccine injections have been administered, we could see 120 million deaths (or more).

The thing is, we don’t yet know:

There are plenty of theories on all these questions, but to my knowledge, we don’t have anything conclusive yet. The situation is worsened by the fact that the entire medical establishment outright refuses to even acknowledge the existence of these clots, nor will they admit to any link whatsoever between vaccines and excess mortality. Thus, the genocidal cover-up continues, and people will continue to die for years to come.

Given up to 12 million deaths right now, we are already seeing Holocaust-scale mass death from these vaccines. This vaccine holocaust is going to get far worse. Where the Nazi Holocaust reportedly claimed the lives of six million victims, this vaccine holocaust could conceivably kill sixty million, or even ten times that over time. Consider this when you see media reports touting “annual mRNA injections” now being ramped up by the vaccine manufacturers. They want to hit you with one of these shots every year until you die. Anybody gullible enough to keep taking these clot shots will surely die sooner than they had imagined, especially when they stupidly believed the shots were protecting them rather than exterminating them.

Global depopulation, it turns out, has been remarkably easy to achieve. They didn’t need mass ovens, prison camps and a shooting war with the people. All they needed was to release a bioweapon and scare people into taking death shots (euthanasia labeled “vaccines”) and wait for the gullible masses to line up and take the jabs.

Some groups — such as LGBT — have achieved over 95% vaccine compliance and are begging for even more vaccines due to monkey pox. This particular demographic, as you can tell, has no future on planet Earth since they are eliminating themselves from the planet. But the same is also true for many church groups, conservatives and medical professionals who were gullible enough to take these jabs. That’s why so many doctors are falling over dead in recent months, and there’s a whole lot more of that yet to be witnessed.

I cover all this in a podcast released yesterday: