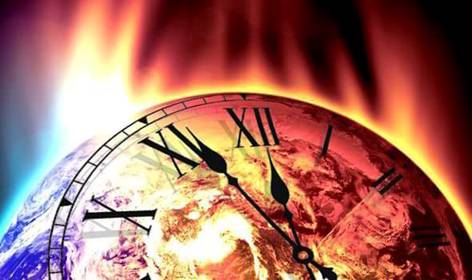 As escalating tensions among the United States, Russia and China revive old fears of nuclear war, some researchers are warning that even a limited-scale exchange between such nations as India and Pakistan could have catastrophic consequences for global food supplies and trigger mass death worldwide.

“It’s really a cautionary tale that any use of nuclear weapons could be a catastrophe for the world,” said climate scientist and study author Alan Robock, a distinguished professor in Rutgers' Department of Environmental Sciences.

The findings come at a time when — 30 years after the end of the Cold War — the threat of a nuclear holocaust may be greater now than it ever was.

Recently, U.K. National Security Advisor Stephen Lovegrove argued that the breakdown in dialogue between nations, as well as the loss of safeguards that had been created between nuclear superpowers decades ago, has plunged the world into “a dangerous new age.” United Nations Secretary-General Antonio Guterres has also warned that “the prospect of nuclear conflict, once unthinkable, is now back within the realm of possibility.”

Although Robock and others have previously projected that nuclear war would result in tremendous disruption to the climate and food supplies, the recent study marks the first time that researchers have calculated the potential extent of the famine that would result and how many people would die.

MUCH MORE GO TO THE LINK!