The Biden administration is moving forward with a plan to establish a new Office of Palestinian Affairs in Jerusalem that will act independently of the U.S. ambassador to Israel’s office, reports say.

The move sets the stage for Team Biden reversing Trump administration policy which recognizes Jerusalem as the capital of Israel. 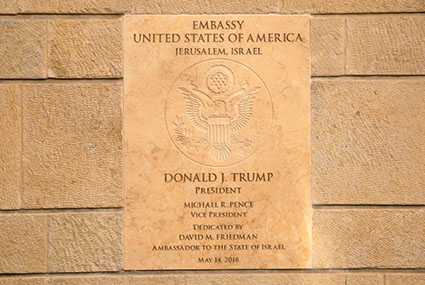 The Israeli government strongly opposes the plan, saying that it could be understood as de facto approval by Team Biden of a Palestinian capital in Jerusalem and a unilateral move to implement that aspect of the Two-State Solution without the consent of the Israeli government, Israel 365 News reported on June 12.

“Israeli authorities proposed that the U.S. reopen the mission in Ramallah or Abu Dis, but the PA (Palestinian Authority) rejected these ideas,” the report said.

The planned U.S. consulate would act as a de facto embassy to the Palestinian Authority in Jerusalem, a move that violates international law, David Milstein, a special assistant to former U.S. ambassador to Israel David Friedman, told the Washington Free Beacon.